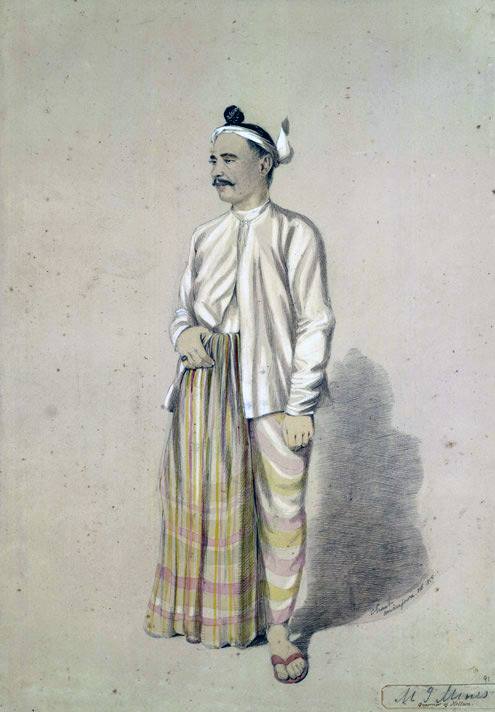 The Armenian Community of Myanmar

One of the least known but most interesting of Myanmar's minority communities were the Armenians. They had migrated here from Persia as early as the 1610s and the first Armenian tombstones in Myanmar date back to 1725. Hundreds of Armenian-Burmese served at the Court of Ava and worked as businessmen in Amarapura, Mandalay and Rangoon and elsewhere. The Strand Hotel was built by the Armenian Sarkies brothers (who also built the Raffles in Singapore). An Armenian-Burmese (Peter Aratoon) also owed the "Silver Grill" nightclub (on Barr Street) and owned the beautiful Balthazar building (still existing on Bank Street). The Armenian Church of St John the Baptist is on 40th and Merchant Streets, recently renovated - it was built on a plot of land given to the Armenian-Burmese community by King Mindon. Many Armenian-Burmese served in high positions, as diplomats, customs officials, and interpreters for Burmese kings and were deeply resented by the British as anti-British. One of the most famous of all Armenian-Burmese was Diana Apcar, who was born in Rangoon in 1859 and went on to be independent Armenia's ambassador to Japan just after WW1. A film is now being made about her amazing life (http://dianaapcar.org). The photograph is of Mr Makertich J Mines, the Myowun of Melun under King Mindon. The last ‘pure’ Armenian-Burmese, Mr Martin (Martirossian) passed away in 2013 in Yangon, marking the end of a fascinating 400 year old community.