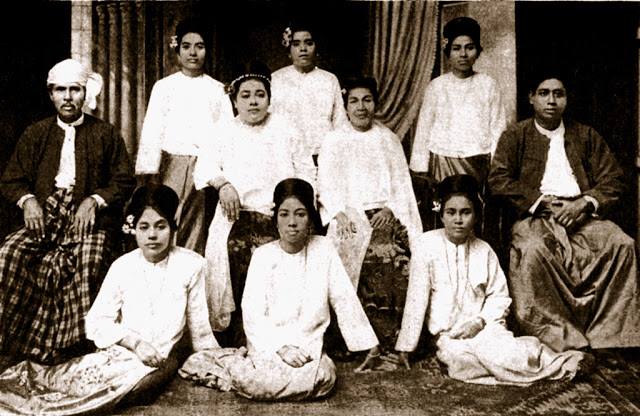 The Bahai community of Myanmar

Leaders of the Mandalay Bahai community in 1930. The Bahai are one of Myanmar's smallest and perhaps least known religious minorities. There are an estimated 80,000 Bahai in Myanmar. Bahai is a world-wide religion of about 5 million people (mainly in Asia, Africa and the America) that was founded in the mid-19th century. Baha’i faith believes in one God and believes that many founders of world religions, including the Buddha, Moses, Jesus Christ, and Mohammed, are all manifestations of God. The first Bahai teachers came to Burma in 1878 and began converting people of many nationalities. Interestingly, the huge marble sarcophagus in which the Bahai founder is buried (on Mount Carmel in Israel) was made in Mandalay.