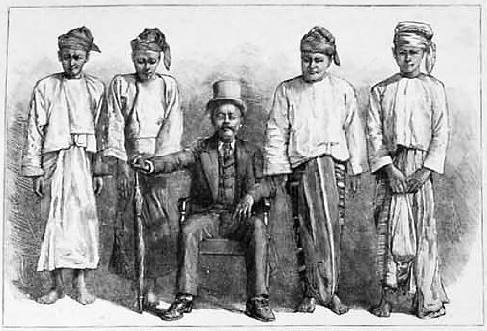 The drawing is from an 1889 issue of the Illustrated London News. (It seems he also started wearing English clothes.) 1889 was more or less the last year of the bloody "Pacification" of Upper Burma by the new British occupying power. 40,000 British and Indian soldiers had been deployed to crush the multi-headed, at times chaotic, and often fierce resistance. Tens of thousands of Burmese lost their lives as a result of the fighting, forced displacement and the resulting near famine conditions in parts of the Irrawaddy valley. Not sure who Maung Hmone was, but most 'dacoit' leaders were myothugyis or others from noble or gentry backgrounds.