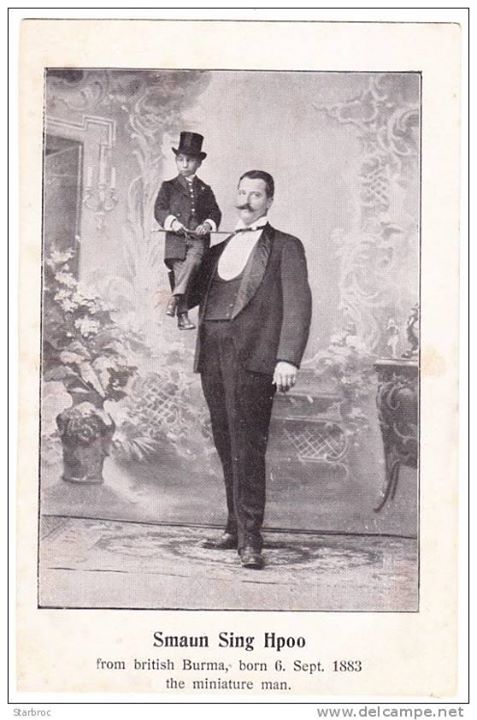 The Burmese dwarf "Smaun Sing Hpoo", "the smallest most perfectly formed man in the world", standing at 2 feet 10 inches and weighing 18 pounds, and an expert gymnast. He and his sister (also a dwarf) were born in British Burma around 1880 and first toured Europe before arriving in New York in 1905. They performed at Hammerstein's Victoria Theater on 42nd Street (owned by the father of Oscar Hammerstein Jr, the famous Broadway producer), to mixed reviews. The sister died soon after in America and is buried at the Magnolia Cemetary in Beaumont, Texas. Not sure what happened to Smaun Sing Hpoo. This is a photograph from his time in Germany.