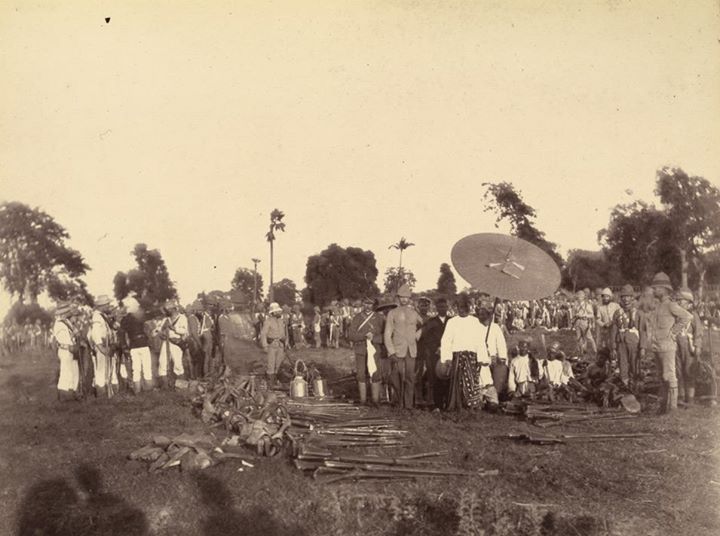 The Burmese surrender at Ava.

27 November 1885: the Burmese surrender at Ava. On 26 November the Kyaukmyaung Atwinwun and the Wetmasut Wundauk arrived at Ava to negotiate a surrender with the Burma Expeditionary Force of General Sir Harry Prendergast. The Ava fort commander the Myoza of Myothit refused to accept the authority of the two royal envoys and agreed to surrender on 27 November only after receiving a direct order from King Thibaw by telegraph. That afternoon, the Myothit Myoza sat on riverbank weeping as he watched the British ships then sail towards Mandalay. Brigadier General GS White remembers that "the sun was pouring a flood of golden light on the last hours of Burman independence”.