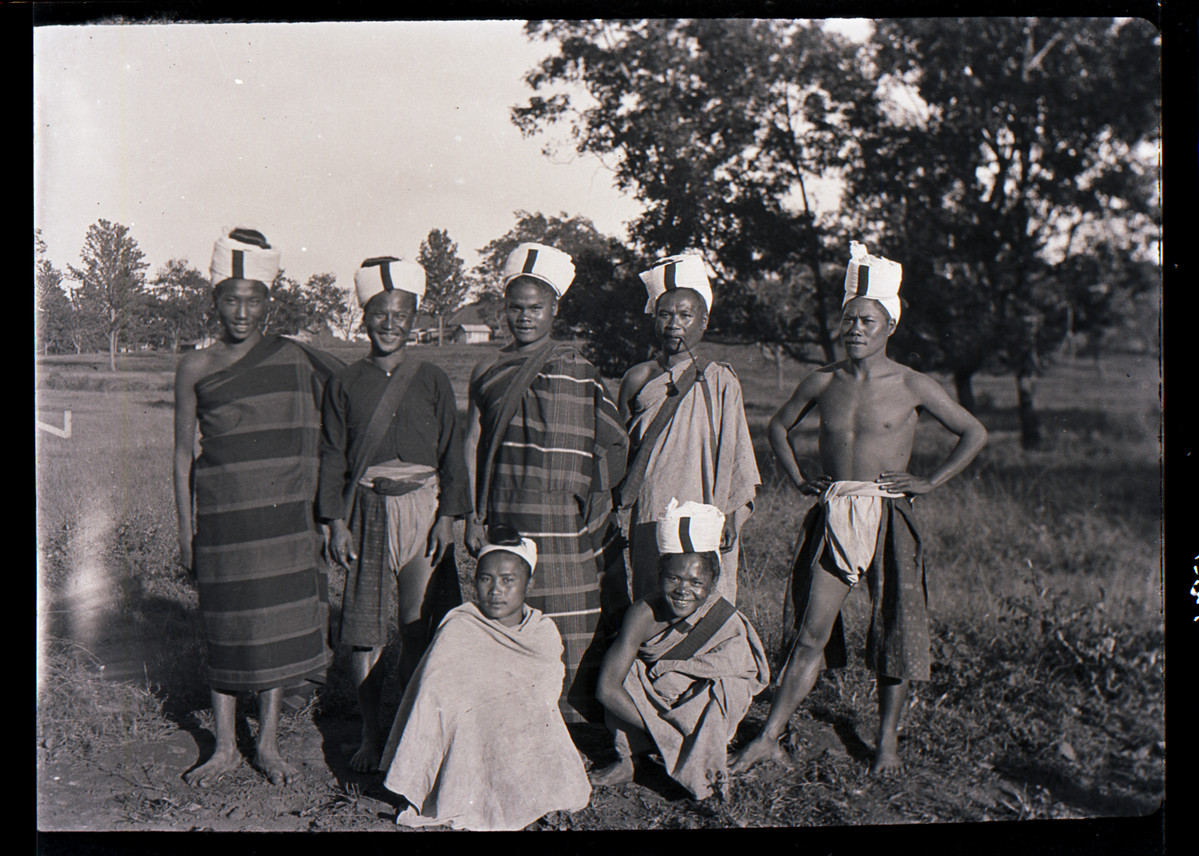 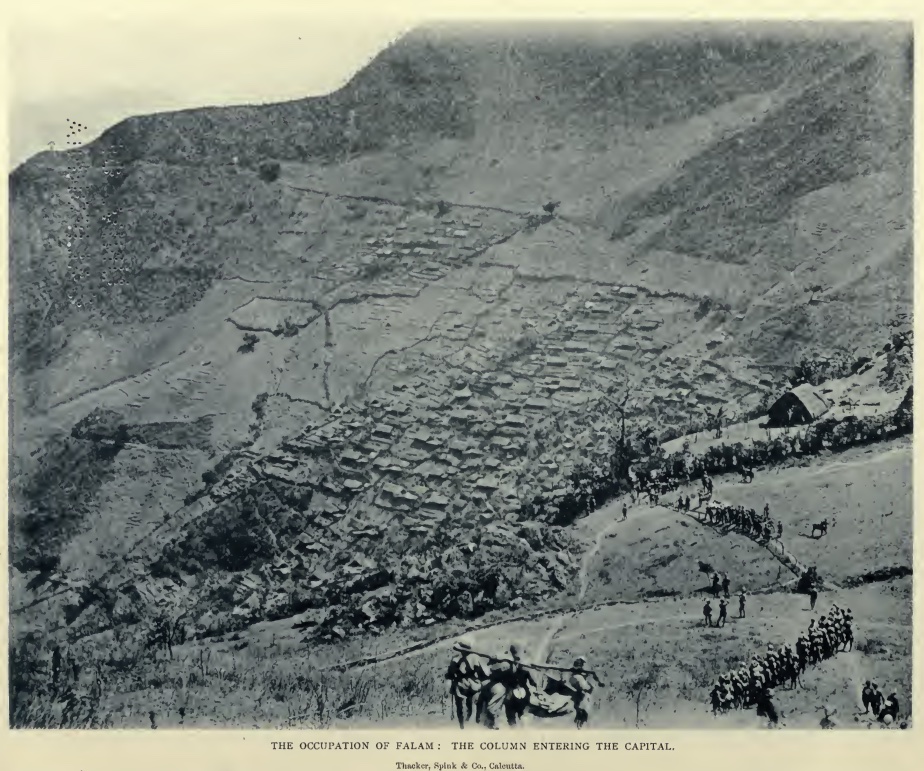 The Occupation of Falam from The Image of War, Service on the Chin Hills by A.G.E. Newland

The Fall of Falam

The Chin (sometimes called Zo, Mizo or Zomi) people are an indigenous group living in the highlands of Myanmar, India and Bangladesh that speak any one of a number of related Tibeto-Burman languages. There are an estimated 500,000 Chin people living in Myanmar today, but with a high degree of emigration due to economic hardship and civil unrest, their world-wide population may number over 4 million.

Before the British conquest of Myanmar in 1885-6, the Chin hills were independent and never ruled by the Burmese royal court. Instead, they were administered by a quasi-democratic Chin Council of Five Chiefs under the headship of the chief of the Tashon people. The territories of Tashon were ruled from the village of Tashon (present-day Falam) on the Manipur River. Shan saophas (hereditary rulers) from the Kalay-Kabaw valley even paid tribute to the Tashon Council. When the British arrived, these saophas fled to Falam along with the Shwegyopyhu Prince (son of the late Burmese crown prince, Kanung Mintha) who was wanted by the British for killing two British officers at the Battle of Chinbyit. The British asked for their return to Burma, but the Tashon chiefs refused to give them up. After Tashons raided the Kalay-Kabaw Valley taking away Burmese captives, the British launched the First Chin-Lushai Expedition (1888-1889) to make the Chins submit to British rule.

In the cool season of 1888, a column of British troops from Burma under General Fraunce and Major Raikes invaded the lands of the Siyin (Sizang) Chin people and a combined force of Siyin and Tashon warriors retaliated. The British were able to defeat them and burn their villages, but not to force their surrender or make them give up the captives. Negotiations began with the Tashon Chins, but soon fell through. Meanwhile, in the Western Chin hills (now part of the Indian state of Mizoram) a column of troops under Col. Tregear was sent to avenge the murder of political agent Lt. Stewart and secure the submission of the Lushai Chins. This mission was successful, but the British would have to wait out the monsoon to launch their next offensive against Tashon, which they did in December of 1889. This was to be the largest British offensive in the Chin Hills to date.

In December of 1889, a column of troops advancing North from Chittagong under Col. Tregear conquered Haka and met a column advancing from Pakokku under Brigadier-General Symons thus establishing thorough communication between Burma and India. From Haka, the column under General Symons then marched on Falam, calling for the surrender of the Tashon Council. The 264 man force camped above the town and another British force of 1,652 under Col. Skene camped nearby. The British discharged their cannon to let the Tashon know they meant business and then negotiations opened between General Symons and the Tashon Council.

The Tashon head chief at the time was called Pu Con Bik, whom the British called “Bo Son Pek” or the “Tashon Mingyi”. On March 11, 1890, he and the other council members flatly refused the British terms (which amounted to an acknowledgment of British sovereignty) and made ready for war. Over 3,000 Chin warriors from all over the hills gathered at Falam to resist the British. But they were severely outgunned and the Tashon chiefs decided that it was better to pay a reduced tribute annually than to risk widespread bloodshed. Therefore they accepted the British terms two days later. They refused, however, to give up the Shwegyophyu Prince, and denied knowledge of his whereabouts (he later returned to Burma and was hanged in 1891).

Later on, the Siyin Chins would surrender as well, and when the Tashons rebelled again, the British would once again march on Falam in 1891. But it wasn’t until 1892 that the British decided to do away with the tributary system entirely and to rule Falam directly. The political calculus was simple: the Tashon were a symbol of independence to all other Chin tribes. If they gave up their rights to the Kalay-Kabaw valley to the British, they would lose their preeminence among the Chin chiefs, and so they continued to resist the invaders at every turn. But the British were keen to see this part of their Indian empire pacified, and so they occupied Falam on March 14, 1892, informing the Tashon chiefs that they now owed allegiance only to the Queen-Empress Victoria.

Falam was later relocated and became the administrative capital of the Chin hill tracts. Chin soldiers would comprise some of the most loyal and brave battalions in the Indian Army, fighting for Britain in both World War One and World War Two (though many veterans are still awaiting their military pensions). In 1948, Chin State joined the Union of Burma and declared independence from the British government. Falam remained the capital until 1965 when it was moved to Haka. The British conquest of the Chin Hills demonstrates not only that resistance to British rule in Burma was long and sustained, but that colonialism incorporated areas, peoples, and identities into the nation-state that were largely autonomous before the coming of European rule.