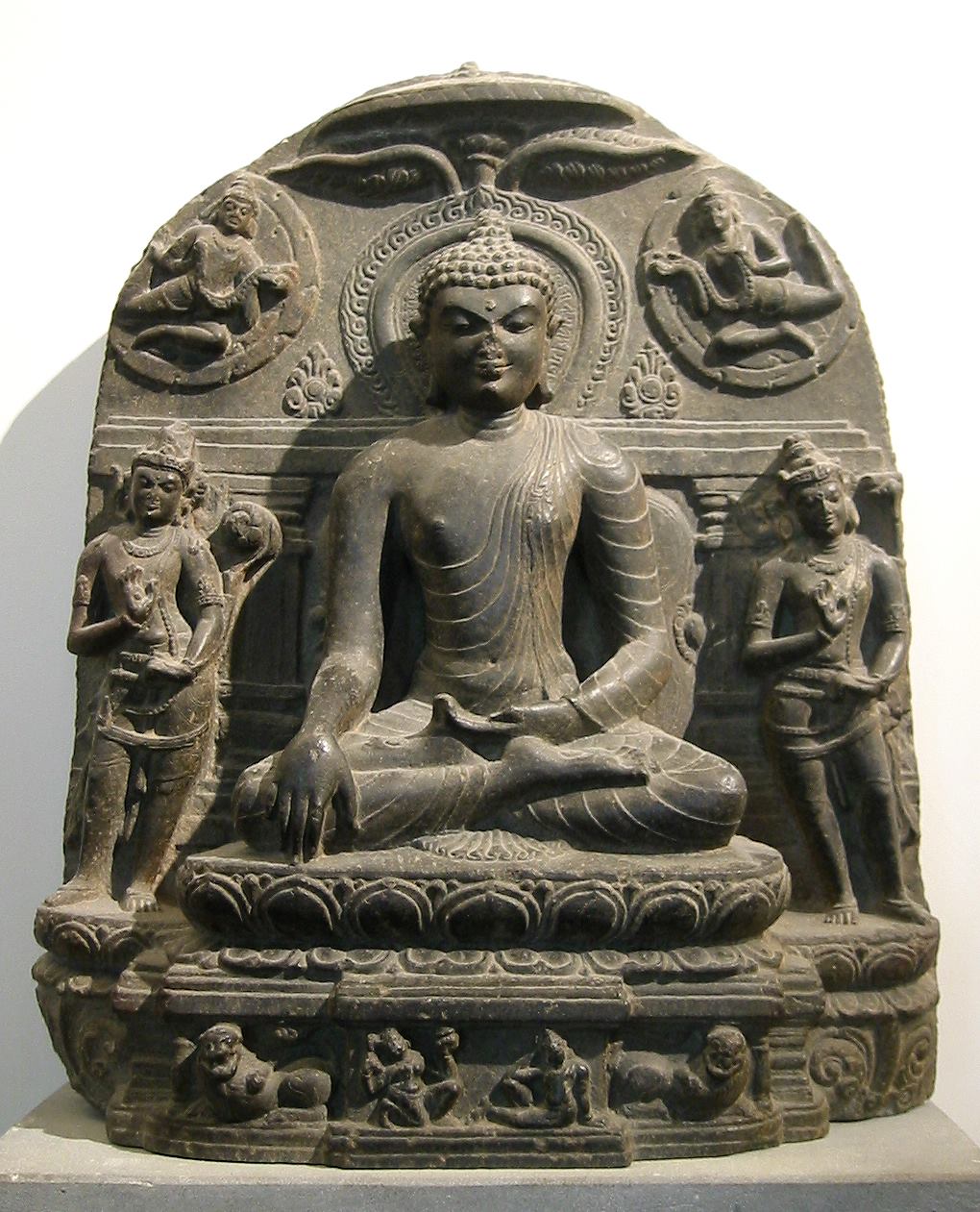 The History of Bengal

From about 3,000 years ago, a society speaking the earliest Aryan languages and worshipping the Vedic gods began to spread eastward along the Ganges, into what is now the state of Uttar Pradesh and then to Bihar. It was clearly a hierarchical society, with a priesthood near the top and a belief in ritual purity and pollution. The Aryans and Aryan society of the northwest was pure, whilst the new peoples discovered towards the east were stigmatized.

There were gradations, including areas seen as mixed as well as those that were clearly beyond the pale. But despite these restrictions, people and ideas continued to move eastward, towards the lower Ganges, retrospectively shifting forward the frontier between the “clean” and “unclean”, perhaps absorbing, perhaps displacing earlier inhabitants. By the late first millennium BC, Aryan-speaking civilization had diversified: what was originally a mixed society of pastoralists and farmers of wheat and barley, led by patrilineal chiefs and Vedic priests, was transformed in the east into a society of rice farmers, organized into kingdoms and republics. It was in one of these little republics, Kapilavastu, that Siddahartha Gautama was born and it was in this region that he, as the Buddha, would teach his path to Enlightenment.

In the centuries that followed, Bengal, at the edge of the Indian world, grew into a great centre of Buddhism, with the influence that swept across a considerable part of Asia, from Tibet and Yunnan to Java. Buddhism likely arrived in Bengal at a very early date. The kingdom of Magadha, where the Buddha had lived and taught, was just to the west of Bengal. The Chinese pilgrim Xuanzang, who travelled around India in the seventh century AD, noted that nearly a millennium earlier, the Emperor Asoka had erected stupas in Bengal to commemorate the Buddha’s visits there. He also noted the monasteries he saw, monasteries that were home to thousands of Buddhist monks.

Bengal remained a stronghold of Buddhism at a time when the religion was losing ground further to the west, first to revived and new Hindu faiths, and later to Islam. The Pala kings, who ruled Bengal from the eighth to the twelfth centuries, were devout Buddhists who routinely invoked the Buddha and his teachings at the beginning of the official records. At a time when Buddhism was dying in other parts of India, in Bengal it not only survived for hundreds of years longer but gave rise to a new and enduring interpretation of the original teachings. It is known alternatively as Vajrayana or Tantric Buddhism and emphasizes esoteric rituals and practices. Its various schools spread from Bengal throughout the Far East, including from Burma to Yunnan in China, where it was long entrenched.

The great Buddhist universities of this part of India, the universities of Nalanda and Vikramshila, were famous throughout the east. Nalanda was a very old university, founded in the fifth century, and was actively patronized by the Pala court. At its peak, it attracted scholars and students from as far afield as China, Japan, Persia and the eastern Mediterranean, and was one of the world’s first residential universities, with more than 10,000 students and 2,000 teachers living in its vast thirty-acre campus, complete with dormitories, classrooms and meditation halls, Buddhist temples and carefully designed gardens and artificial lakes. Xuanzang wrote that its “observatories seem to be lost in the vapour of the morning and the upper rooms tower above the sky”. Nalanda was said to have been an architectural masterpiece. Its library, filled with Tantric texts, was nine storeys high and served as well as a scriptorium where ancient texts were carefully copied. The curriculum covered every field of learning, from Sanskrit grammar to mathematics, and much of what today comprises Tibetan Buddhism derives from the teachings and traditions first conceived at Nalanda.

Bengal’s links to Tibet and nearby Nepal were extensive during this heyday of Tantric Buddhism. They also stretched across the sea to the empire of Sri Vijaya whose kings ruled over much of Sumatra and Java as well as the Malay Peninsula, dominating the straits of Malacca and the trade in spices from east to west. For hundreds of years this maritime kingdom was the hub of Bengal-derived Buddhism, hosting Chinese pilgrims on their way to Nalanda, as well as scholars from India, like Atisha, who afterwards played a decisive role in the spread of Buddhism in Tibet.

At the same time, control by Bengal’s Pala kings over Magadha, the birthplace of Buddhism, served to enhance that dynasty’s prestige as the supreme patron of the Buddhist religion. They were the gatekeepers of the sacred land. Envoys came from Burma and Sri Vijaya and elsewhere to seek permission to endow monasteries, sending jeweled treasures by ship to help restore the ancient temples.

With the decline of the Palas, Buddhism declined as well, since the new dynasty, the Senas, were orthodox Hindus. Then came the advent of Islam. In the twelfth century, bands of Turkish and Afghan cavalry, already masters of northwest India, galloped their way across the rich Ganges plain. One of these bands was commanded by the Turkish warlord Muhammad Bakhtiyar and raided and plundered many towns and cities all the way to Bengal, ransacking the Buddhist universities they encountered. Bakhtiyar’s conquest was a blitzkrieg and his 10,000 horsemen utterly overwhelmed local kings and communities unaccustomed to mounted warfare. The invaders were apparently unaware of the heritage they were destroying. After one victory, Bakhtiyar’s men put to death many men with shaven heads and found amongst their spoils great libraries of books. According to the distinguished Afghan scholar Mihaju-Siraj, “It was discovered that the whole fort and city was a place of study.” It was in fact the renowned Buddhist university of Odantapuri, that they had reduced to ruins.

For centuries after this conquest, Bengal remained an independent country, but with a Turkish-derived Muslim elite, ruling over a population still mainly Hindu, with perhaps a few pockets of Buddhists remaining. In the late thirteenth century, Marco Polo wrote of Bengal as a region “tolerably close” but distinct from India, and its people not as Muslims but as “wretched idolaters” who spoke a “particular language”. The Turkish upper crust came to depend heavily on the existing Bengali Hindu nobility. Even if they had wanted to recruit more people from their original Central Asian base, the option did not really exist as Bengal was too far away. A unique mix of Turkish, Persian and indigenous Bengali and Hindu influences evolved. There were even Abyssinians, slaves imported from East Africa, who managed, briefly during a period of intense intrigue, to seize the throne in the late 1400s.

Bengal remained politically apart from the rest of India, living on its own terms. Islam spread gradually, especially in the swampy eastern areas where the writ of the old Hindu kings was never strong, and eventually became the majority religion. The sultans of Bengal also became regional powers. The nearby kingdoms of Kuch Behar and Kamarupa were annexed, and Orissa and Tripura were at times tributaries. A close relationship developed as well with the kingdom of Arakan. Arakan is today a state on Burma’s western coast, but in the fifteenth and sixteenth centuries it was independent and a significant force in its own right, with a cosmopolitan court of Buddhists and Muslims, as well as buccaneers and adventurers from far afield as Lisbon and Nagasaki. Bengal is an integral part of Indian civilization. But it has also had a long and special history, one linked in a multitude of ways across a vast region, from the Horn of Africa to the Sea of Java and beyond.