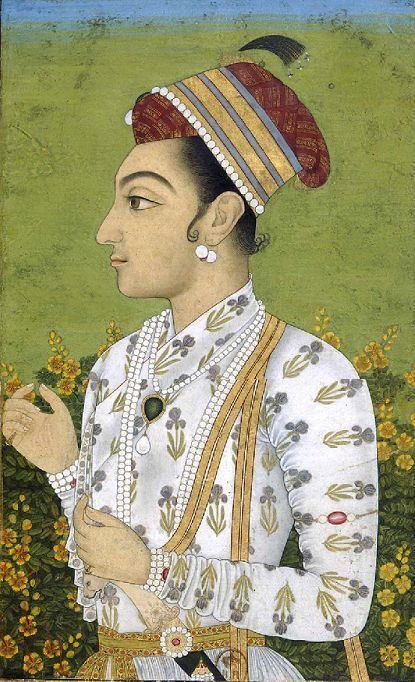 The Indian Prince who fled to Mrauk-U

Shah Shuja, the Mughal viceroy of Bengal and Orissa in the middle years of the seventeenth century, was the second son of the emperor Shah Jehan and the empress Mumtaj Mahal. The Mughals were the new overlords of a vast Indian empire that stretched across nearly the entire subcontinent. Originally Central Asians, they claimed descent from Genghis Khan through Tamerlane, the great conquering warrior of Samarkand (and the Tamburlaine of Christopher Marlowe). The first Mughal emperor, Badur, had taken Delhi in 1526. From there he and his successors expanded east, soon establishing their authority over the entire Ganges Basin and by 1612 crushing the last remaining pockets of Afghan and Hindu resistance in eastern Bengal, stopping only at the swampy frontiers of Arakan. The Bengal sultanate was gone, and Mughal Bengal was Mrauk-U’s new neighbor.

Shah Shuja was a first-rate soldier. As a young prince he had taken part in many military campaigns, and even as viceroy he twice broke his tenure to travel to the northwest, where he led the fighting against Afghan rebels along the Khyber Pass. A typical Mughal aristocrat, Shah Shuja was also a man of considerable learning, cultured and polished, and his court was soon filled with appropriately refined Persian poets and scholars. There were minor border wars, against the kingdom of Kamarupa in the north and the small dependency of Cooch Behar, but otherwise Bengal was largely at peace, and the local zamindars seemed overawed by the presence of a member of the imperial family as their immediate overlord. Grand buildings were built at Dacca, and the English and Dutch traders eager for a share of Bengal’s riches were welcomed.

In the autumn of 1675 the emperor fell ill. Rumors spread that the emperor had in fact died but that his death was being kept secret by his eldest son, Prince Dara Shikoh, to give him time to secure his position on the throne. The other three senior princes – Shuja included – then began their march on Delhi. In the end, and after many bloody battles, it was Prince Aurangzeb who emerged victorius. Dara was captured and killed, and Shuja, pursued by an imperial army under Mir Jumla, decided to flee to the east.

On 6 May 1658 Shah Shuja boarded at Dacca a Portuguese ship headed for Arakan and eight days later made contact with representatives of the Arakanese king. His plan was to stay in Arakan for only a short while and then to proceed to Mecca and ultimately to Persia or Constantinople. But the monsoon rains were just beginning, and the seas were rough. He asked for asylum in Arakan and help in later making his way to the west.

Shah Shuja was at first warmly received by the king of Arakan, Sanda Thudamma, and a house was built for the princely guest on the outskirts of the city. Mrauk-U, even in its heyday, must have seemed like a provincial backwater to the scion of the one of the greatest imperial families in the world. He is said to have remained aloof from the Arakanese court, and this did little to enamor him to Sanda Thudamma, who presently cast an envious eye over the enormous treasure Shuja had brought with him. Even greater treasure was soon offered by Aurangzeb’s envoys for the new emperor’s fugitive brother. Weeks went by, and then months, eight months altogether. Sanda Thudamma did not hand over Shah Shuja to the Mughals. But neither did he allow him to leave. Instead the love-struck Arakanese monarch (even without advantage of a “damp cloth”) asked for the hand of Shah Shuja’s eldest daughter, the beautiful princess Ameena.

The thought of his daughter marrying this half-barbarian chief drove the hapless prince over the top. He couldn’t escape, and in his desperation Shah Shuja decided to try to seize power. He had two hundred good men with him and the support of at least some of the local Muslim community. But the plot could not be kept secret, and the king heard of it in time. Shuja’s followers were quickly rounded up. There was fighting, and parts of the city were set on fire, but Sanda Thudamma’s position was never in peril. Shuja managed to escape to the interior, hiding in the jungle for weeks before he was found and executed. The great treasure he had brought was melted down and brought into the palace. Ameena and the other princesses were taken into the king’s harem. Within a year the king suspected a plot against him and killed all the surviving members of the imperial family, including Ameena, who was said to be in an advanced stage of pregnancy. Her brothers were beheaded.

When the news reached Delhi, Aurangzeb was incensed. He would have killed Shuja and the rest himself, but he couldn’t tolerate the idea of some distant foreign monarch’s spilling the blood of his kinsmen. He also wanted to teach the Arakanese a more general lesson and check their still formidable military power. In 1665, Shayista Khan, the new Mughal viceroy of Bengal, sailed east at the head of a huge fleet of nearly three hundred warships, driving the Arakanese out of their fortress on Sandwip Island, while another force of sixty-five hundred under Buzurg Umid Khan hacked its way down the coast. The following year, after a long siege, Chittagong fell to the Mughals, marking the end of Arakan’s century-long hold over eastern Bengal. Two thousand Arakanese were sold into slavery, and over a hundred ships were taken. Many of the Portuguese mercenaries at Mrauk-U had changed sides and were permitted to settle in Mughal territory; their descendants still live at a place called Feringhi Bazaar, twelve miles south of Dacca.

Some of Shah Shuja’s followers also survived. After his abortive takeover attempt, those who were not killed were retained by the Arakanese king as archers and formed a special palace guard, eventually growing in strength and helped by fresh arrivals from Indian lands. They were officially disbanded in 1692 and then deported to the island of Ramree. Their descendants are known to this day as Kaman (the Persian word for “bow”) and live both in Ramree and elsewhere in Arakan. They speak Arakanese but often retain the Afghan or Persian features of their forebears. The previous military government has categorized them as a distinct ethnic group and one of the 135 nationalities of the Union of Myanmar, surely the only one able to claim descent from the fleeing soldiers of an imperial prince.

Arakan as a kingdom did not fare very well after this onslaught of Mughal power. There was now no longer any possibility of raiding Bengal for slaves, and the Mughals made sure that Dutch ships steered clear of Arakanese ports. And on the kingdom’s other side more secure Burmese kings, rid of de Brito and other challenges, prevented any Arakanese aggression. The authority of Mrauk-U gradually shrunk, and by the early eighteenth century much of the countryside had lapsed into anarchy and conflict. Earthquakes regularly shook the land for decades, confirming in people’s minds the onset of bad times. And in 1761 an enormous earthquake raised the entire coastline by five feet. The end of the kingdom was near.