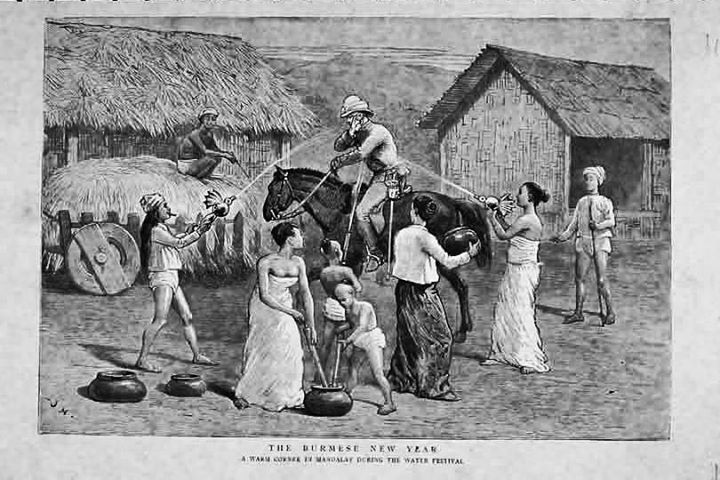 Nehru, Nasser and U Nu during Thingyan festivities in 1955 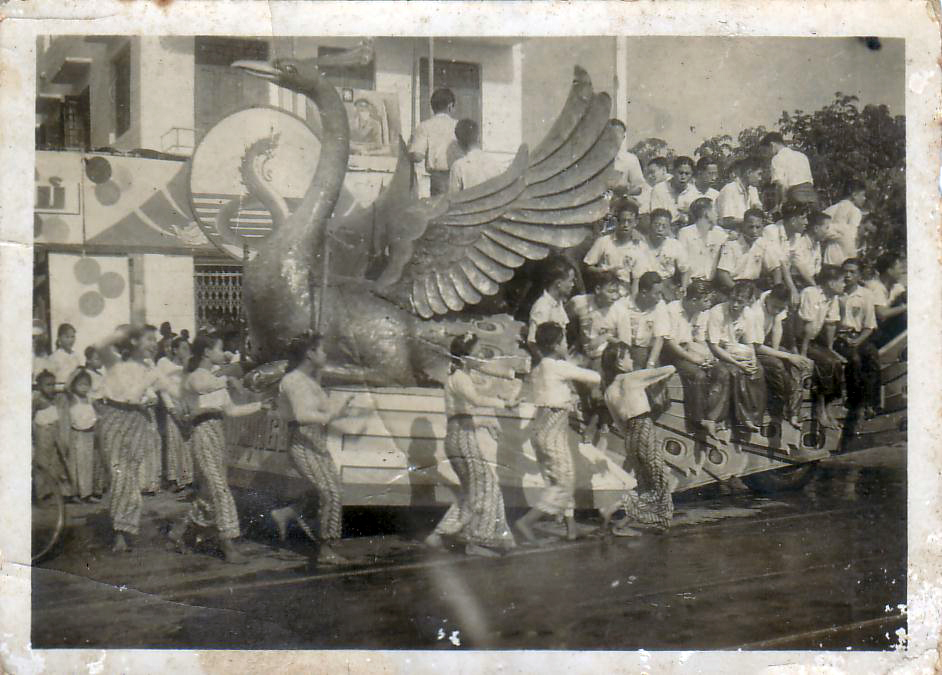 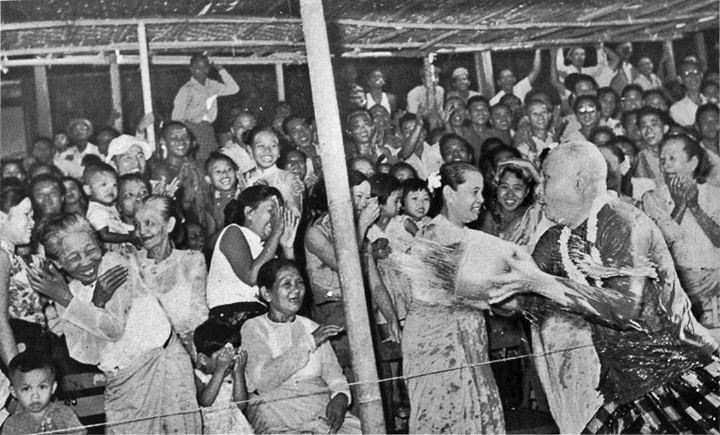 The Meaning of Thingyan

The Burmese New Year is celebrated in the middle of April with the water-throwing festival of "Thingyan". The festival's origins go back to the time of the Buddha and perhaps even before that. "Thingyan" (spelled "Saṁkran" in Burmese) is derived from the Sanskrit "Saṁkrānti" which is the same word as "Songkran" in Thai. "Saṁkrānti" means the day the sun moves from one "rashi" or constellation of the zodiac to another. The "new year" marks the movement of the sun from the last constellation (Pisces or Mina in Sanskrit, Tabaung in Burmese) to the first (Aries or Mesa in Sanskrit, Tagu in Burmese). This zodiac (the same one in use in the West) originated in ancient Babylon approximately 2,600 years ago. The start of the zodiac (with the first day of Pisces) in ancient Babylonian times marked the vernal equinox (the start of spring). But now, because of axial precession (the slow change in the earth's rotation over millennia), the vernal equinox occurs about a month earlier (21 March), rather than during Thingyan.