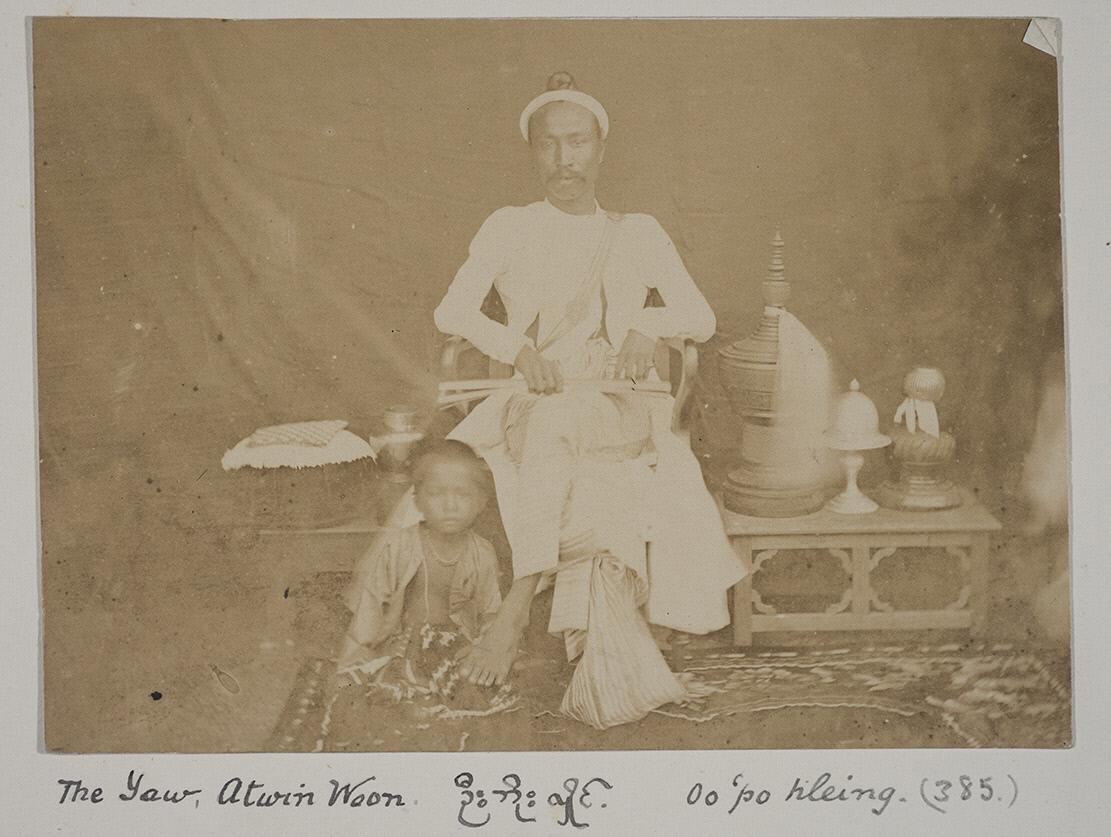 The only known photograph of the Yaw Atwinwun U Po Hlaing

This photograph was taken by Dr. Clement Williams, an British representative in Mandalay who became a good friend of King Mindon and his inner circle.  The photograph has just been made public by the heirs to Dr. Williams’ estate.

U Po Hlaing (1830-1883) was a leading reformist at the courts of Kings Mindon and Thibaw.  He was fluent in Sanskrit, Pali, and Burmese and wrote many important works on Buddhism, governance, mathematics, and other subjects.  He was also placed in charge of several key modernization projects, including the importation of Western technology, the setting up of industrial factories, the setting up of a telegraph system and the creation of a Burmese Morse Code, and the creation of the country's first currency.

One of his most important works was the Rajadhammasangaha (ရာဇဓမၼသဂၤဟက်မ္း), a sweeping treatise on kingship, arguing in essence for an end to tyranny and for a kind of constitutional monarchy. U Po Hlaing was once placed under house arrest for the crime of drinking beer.  During this period he wrote another well-known treatise "A Taste of Freedom" (ဝိမုတၱိရသက်မ္း) which examined different world philosophies.

He was born into a noble family and held many high offices, including the office of Atwinwun (Minister of the Inner Court).  His title at his death was Thado Mingyi Minhla Mahamingaung Thihathu.  He was also the myosa of Yaw.