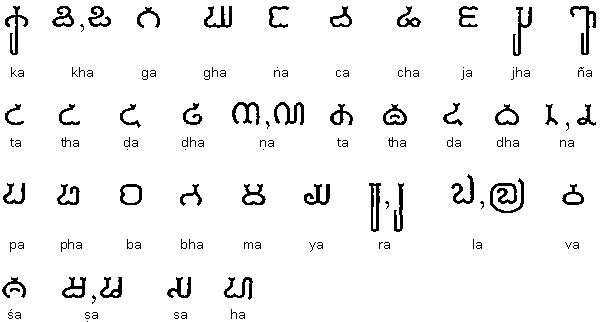 The Origin of Burmese Alphabet

The Pallava script on which many southeast Asian scripts (Burmese, Thai, Cambodian, Javanese, etc) are based.The Pallava dynasty ruled much of southern India from the 3rd to 9th centuries. Buddhism likely first traveled to what is today Myanmar from southern India in the early centuries AD. The Pallava script is in turn derived from the Brahmi script used by the Mauryan Emperor Asoka in the 3rd century BC (and ultimately from Aramaic and Phoenician). The Burmese language was first reduced to writing in the 11th century (perhaps a little earlier). The Pyu and Mon scripts (also based on Pallava) are older. The Burmese script was adapted from the one or the other (or both).