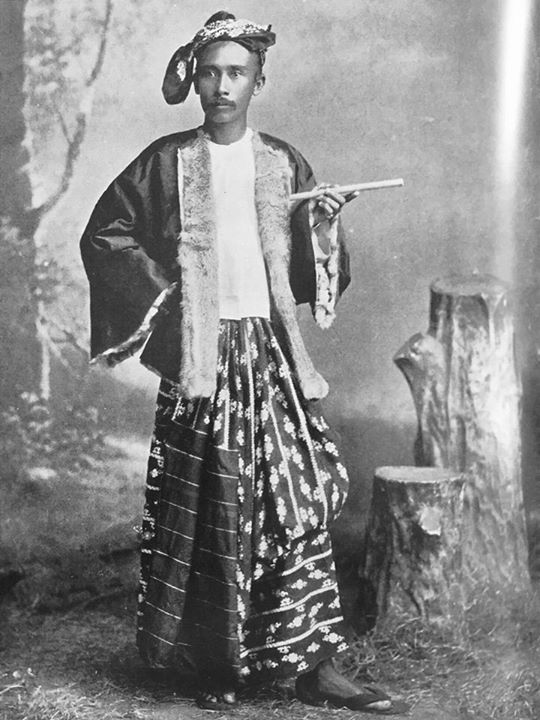 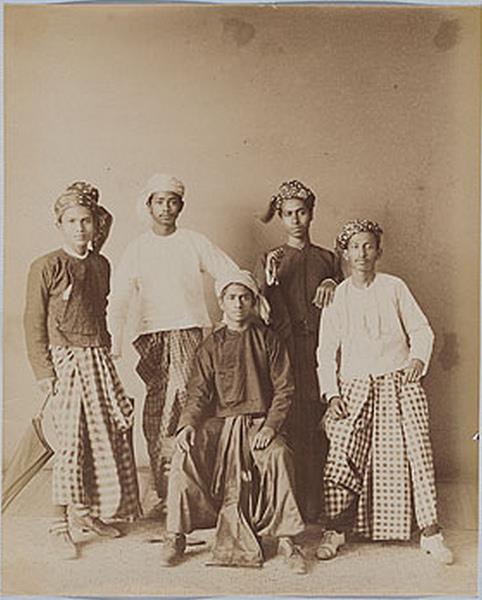 There's sometimes a misconception that today's Myanmar men's outfit is a very old one, when it's only less than a hundred years old. It was only in the early 20th century when the traditional paso began to be replaced with the much simpler India-derived longyi and men began to wear English collarless shirts together with a Manchu "Ma Gua" or 馬褂 riding jacket.

The fur lined Manchu "Ma Gua" (馬褂, literally "horse-jacket" for riding) jacket is a precursor of today's "taik-pon" (တိုက်ပုံ). The "Ma Gua" had been worn by the Manchu (Qing) men in China since the 1640s. It was originally restricted to elite Qing Bannermen cavalry, but by the 18th century was fashionable (and allowed to be worn) by rich Chinese.

In this photograph the unidentified men are wearing their paso with variations of the Ma Gua jacket (or taik-pon in Burmese), but only one with an English shirt underneath. All are wearing English shoes, a practice now almost entirely gone.