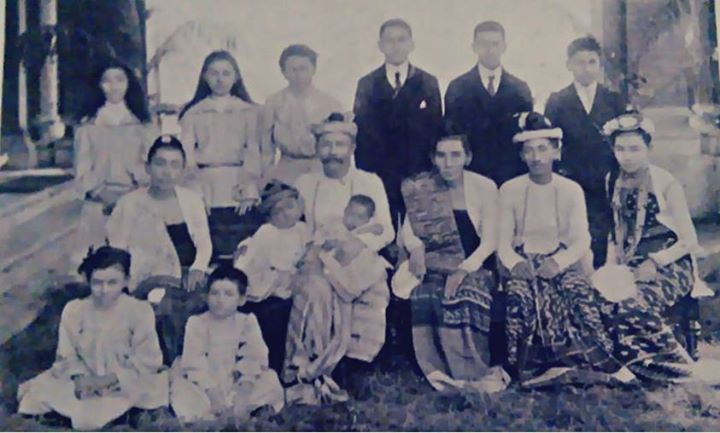 The Prince of Limbin and family, at Limbin House in Allahabad c. 1910.

The Limbin Prince was a minor son of King Mindon's half brother the Kanaung Prince and a cousin of King Thibaw. He escaped the arrest and execution of many other royal princes in 1879 and from 1885-7 led a widespread resistance together with several Shan Sawbwas against the British occupation. He was exiled in 1887 first to Calcutta and then Allahabad, returning to Rangoon in 1911. He died in 1933 and was survived by four sons and six daughters. The abolition of the monarchy in 1886 was accompanied by the destruction of the entire royal family, nobility, and gentry (the hereditary myothgyi and ahmudan crown service chiefly families) by the early 1900s. (Photo credit: U Soe Win)