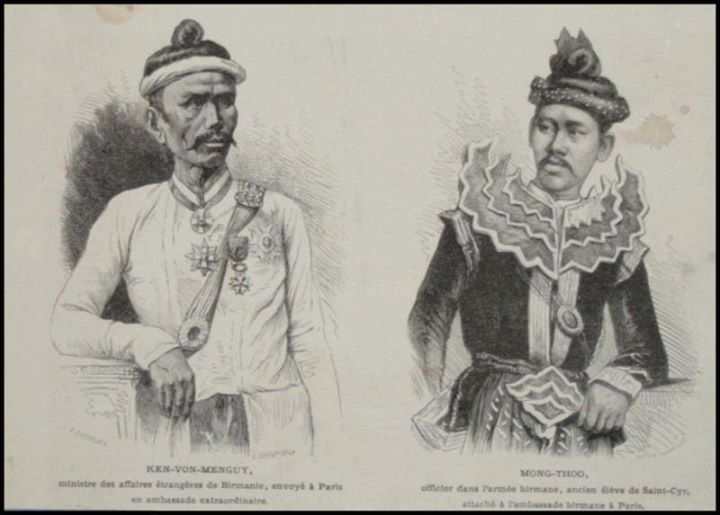 The very first Burmese mission to France was the 1871 mission led by the Kinwun Mingyi. During that mission (which was meant as a signal to the British that they could court other powers in Europe), the Kinwun and his team toured the Louvre, where they looked at the Egyptian mummies, paid their respects at Napoleon's Tomb, and and visited the National Library. At the National Library, they were shown an old map, purported to have been drawn by Marco Polo in the 13th century and which showed Pagan. The Kinwun and his team were amazed that "Europeans had been visiting Burma for so many centuries". It made them realize how narrow were the views in Burma, isolated form the rest of the world.The first Burmese to come to France was probably Maung Thoo, who arrived in 1859 to study at St Cyr, France's top military academy. He later become a colonel in Mandalay commanding the Cassay (Kathe) Horse. Fluent in French, he assisted the Kinwun during this mission. The drawings of him and the Kinwun are from a French magazine.