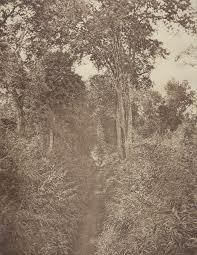 Before the flyover: the part of U Wisara Road that extends north from Dhammazedi (formerly Boundary Road) was in British times called "Tiger Alley". It was the main path that lead from Rangoon to Kemmendine (or Kyimindaing - then a separate village). This is the first photograph of Tiger Alley, taken in 1855 by the photographer Linnaeus Tripe, who accompanied the British embassy to King Mindon later that year. It was called "Tiger Alley" because in the 1850s is was still the haunt of wild tigers, and people dared to walk along it in groups for fear of being eaten. The last reported sighting of a tiger (actually a tigress) on the Shwedagon platform itself was in 1903.