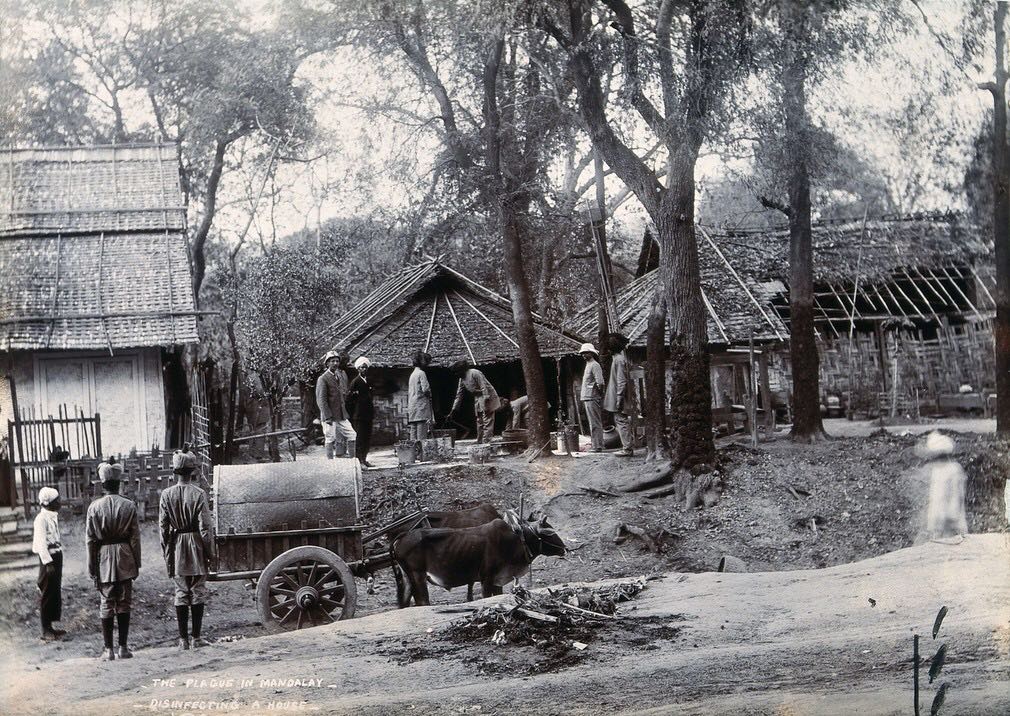 These photos were take in 1906 by Criouleansky & Marshall, Rangoon photographers that normally took portraits of Europeans in Burma. These were published in The Graphic, a popular magazine. They were likely intended to show early British rule in Upper Burma in a positive light, coming just 20 years after the overthrow of King Thibaw. A bubonic plague pandemic had killed more than 15 million people around the world (mainly in India and China) in the early 1900s. It originated in Yunnan and killed thousands in Rangoon and Mandalay between 1905-6.