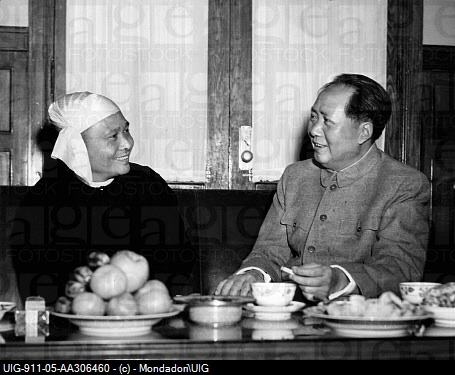 Despite the many ups and downs of Sino-Myanmar relations in modern times (including Beijing backed the communist invasion of 1967), all Myanmar leaders since independence have made several visits to our giant eastern neighbour. This is a photo of U Nu with Mao Zedong during U Nu's first trip in December 1954. The Prime Minister's party included U Thant, Col Aung Kyi, U Myint Thein, and U Win Pe. Chairman Mao was likely surprised by U Nu's frankness on many issues ("we have much fear of big powers!") but the two seem pleased with each other in this photograph.