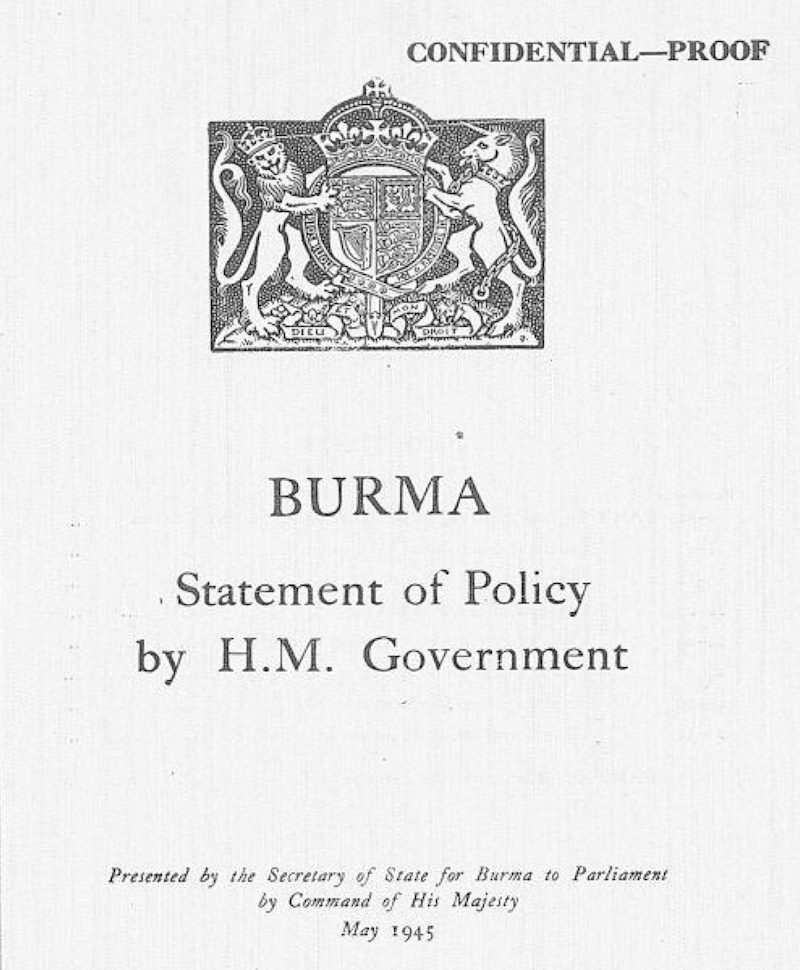 Prime Minister Churchill and his Chiefs of Staff, May 1945. Japanese surrender to the 17th Indian Division at Moulmein, October 1945. Allied forces in Mandalay in March 1945 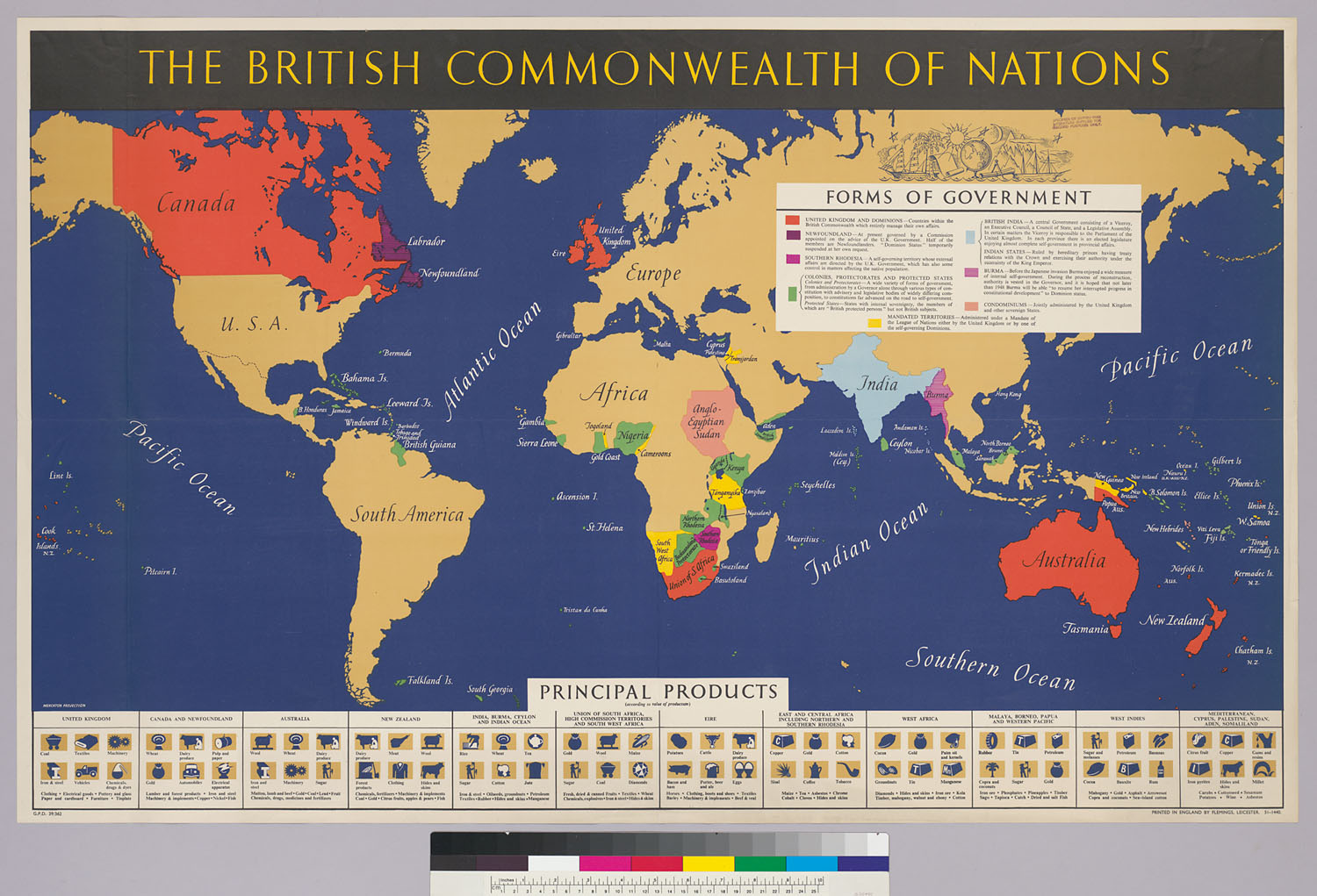 On 17 May 1945 the British government issued its "White Paper" on the future of Burma. Burma's "Anti-Fascist Organization" (later AFPFL) under General Aung San opposed the programme outlined in the White Paper, leading first to a stand off against the the returned British authorities, then to negotiations in London in January 1946 and finally independence outside the Commonwealth in 1948.

The White Paper proposed the following: (1) A period of "direct rule" by the Governor (assisted by an "Executive Council" of Burmese leaders), economic rehabilitation and reconstruction (the country was in ruins at the time), and then elections before May 1948; (2) The convening of a new Burmese parliament under the 1935 Burma Act that would chose a new Premier and government but also draft a new constitution and (3) Eventually independence but as a "Dominion" (as Australia, Canada) within the Commonwealth.

The goal of Dominion status (rather than independence as a Republic outside the Commonwealth) as well as the exclusion of "Scheduled Areas" (eg the Shan States) from the plan were seen as unacceptable to the AFO and many other Burmese nationalists. The Governor Sir Reginald Dorman-Smith returned to Rangoon in October 1945.  He had visited unofficially in June. He was charged with implementing the White Paper but found himself in direct conflict with the AFPFL, a conflict which ended with the Governor's recall in June 1946 and the British decision to quit Burma as soon as possible.

What's important to note is that the British Labour government's decision in 1946 to quit Burma was taken not so much because of what was happening in Burma itself, but because (a) the Labour Party (elected in July 1945) was long opposed to colonialism and (b) the UK's extreme difficulty in managing the two main imperial crises of the time, in India and in Palestine, both spiralling out of control. Burma was a sideshow and implementing the White Paper in Burma was not a priority.

Acceptance of the White Paper may well have set Burma on the same course as Malaysia and Singapore - the reestablishment of the UK companies and independence only in the late 1950s (for better or worse). It would also likely have led to a communist insurrection against the colonial authorities, drawing Burma into Cold War hostilities. We can only speculate what may then have been the course of relations between "Burma proper" and the "Scheduled Areas" (the Shan and Karenni states, the Chin, Karen and Kachin hills).