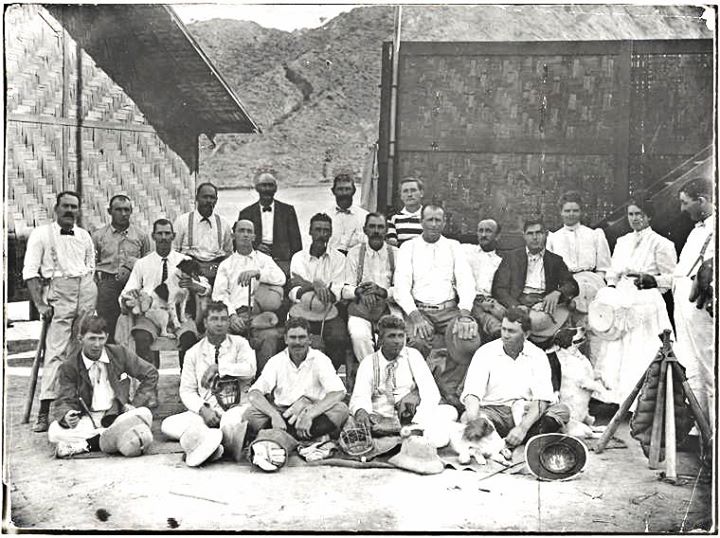 Yenangyaung, home to one of the world's oldest oil industries

The photograph is of Americans getting ready to play baseball, Yenangyaung, 1905. Yenangyaung is home to one of the world's oldest oil industries. The hereditary Twinza-yo of Yenangyaung had produced earth oil locally for centuries. In 1853 King Mindon's new government began to export petroleum to India, becoming one of the first countries anywhere to export energy. The Glasgow headquartered Burmah Oil Company became the dominant oil company in Burma under British rule. It's subsidiary, Anglo-Persian Oil later became British Petroleum. At one time, Burmah Oil was one of the biggest multinational companies in the world. Burma in the early 20th century produced approximately 2% of the world's oil, about the same percentage as Kuwait or the United Arab Emirates today. It was a particularly significant supplier of kerosene to India. All of Burma's oil industry was destroyed during the Japanese invasion in 1942. Americans, mainly from Texas, came to work the Yenangyaung oil industry as early as 1900, sinking the first modern well in 1904. Some worked for Burmah Oi, others for Standard Oil (an American company, now Exxon), and other smaller companies.